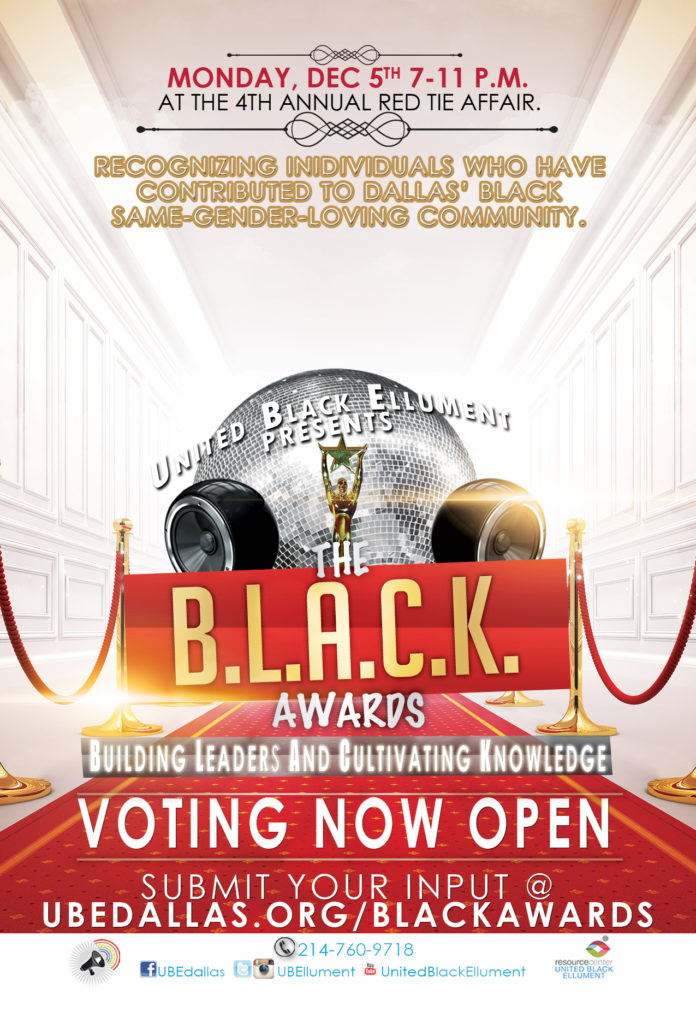 It’s that time again!! The B.L.A.C.K. Awards seeks to recognize those who work to contribute positively to the health, healing, and greatest potential for good of Dallas’ Black same-gender-loving community. Whether it is using their platform in the nightlife or standing on the forefront of advocacy efforts, this village will only succeed with the help of the entire community.

The winners will be announced at “The 4th Annual Red Tie Affair”, Monday, December 5 @ 7P.M.

Voting has now closed. The award recipients will be announced at The 4th Annual Red Tie Affair, Monday, December 5 at 7-11PM. Visit ubedallas.org/rta16 for more info.

Have you heard of the B.L.A.C.K. Academy?

By nomination and vote of the community….

Ally of the Year
Betty Neal

By nomination and vote of the UBE coordinators…

What are you doing to move the community forward!?! Please help us by keeping an eye out for people doing great work for the community. If you have any questions, suggestions, comments, or would like to volunteer, please contact us by email at ube@myresourecenter.org.

If you are sexually active, you should update your HIV/STD status every 3-6 months and encourage your friends and sex partners to do the same.