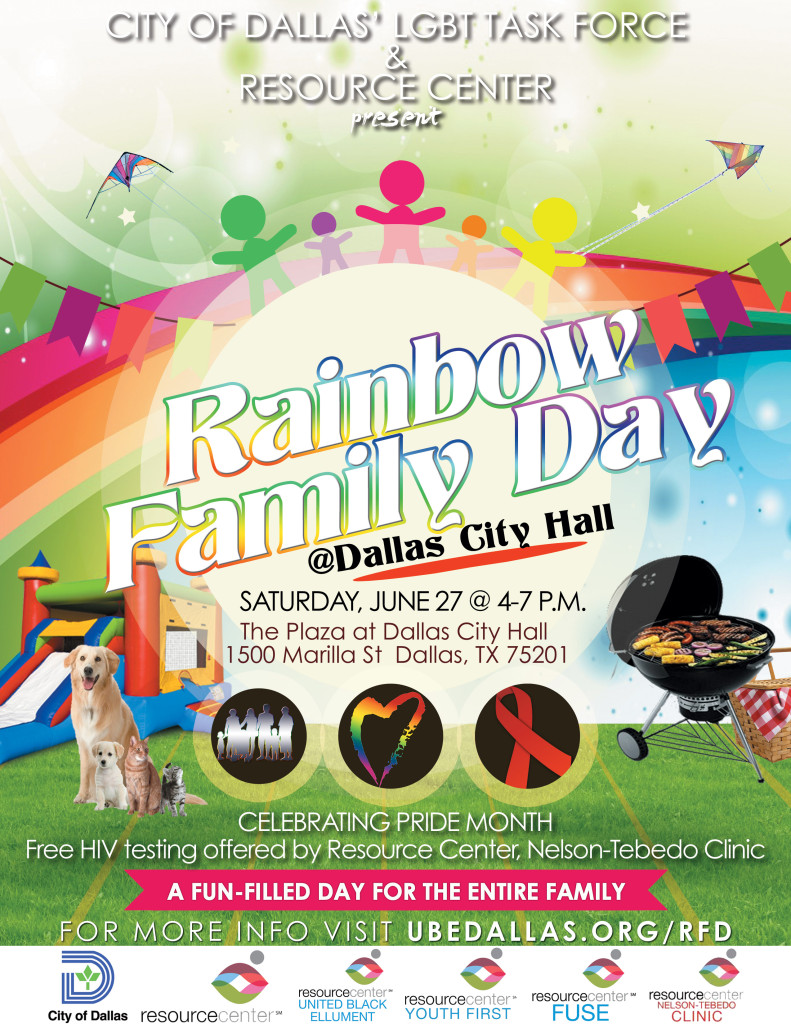 June is National Pride Month as proclaimed by the President of United States. And, locally, for the past five years, a city proclamation has also been issued declaring June Pride Month in Dallas.

Lesbian, Gay, Bisexual and Transgender Pride Month (LGBT Pride Month) is currently celebrated each year in the month of June to honor the 1969 Stonewall riots in Manhattan. The Stonewall riots were a tipping point for the [LGBT] Liberation Movement in the United States. In the United States the last Sunday in June was initially celebrated as “Gay Pride Day,” but the actual day was flexible. In major cities across the nation the “day” soon grew to encompass a month-long series of events. Today, celebrations include pride parades, picnics, parties, workshops, symposia and concerts, and LGBT Pride Month events attract millions of participants around the world. Memorials are held during this month for those members of the community who have been lost to hate crimes or HIV/AIDS. The purpose of the commemorative month is to recognize the impact that lesbian, gay, bisexual and transgender individuals have had on history locally, nationally, and internationally. –Source

To celebrate, the City of Dallas’ LGBT Task Force and Resource Center have partnered to put on Rainbow Family Day! We invite all members of the LGBTQA communities in Dallas to join us at the plaza at City Hall for an afternoon of fun, food, and fellowship! Bring your whole family, whether it’s your family of origin or family of choice. Pets are welcome too. We are honored to have the opportunity in which to create a safe space for Dallas’ LGBTQA families to connect as one!

This a FREE event.

The Supreme Court of the United States could announce their decision regarding same-sex marriage prior to the event. So, this could possibly turn into an impromptu celebration of marriage equality.

Public Service Announcement
By getting on and adhering to medical treatment, HIV+ individuals can achieve viral suppression (a very low level of HIV in the blood, also referred to as undetectable). When virally suppressed, HIV+ individuals stay healthy and significantly lower the chances of transmitting the virus to their sex parter(s).For more information on testing and HIV treatment call 214-393-3700!
U-BE Happenings
Jalenzski Brown
0